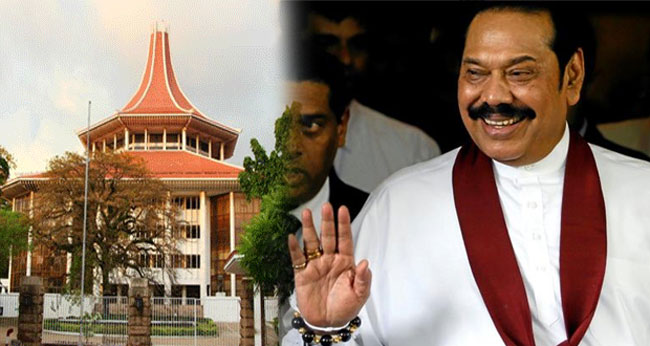 An appeal has been filed with the Supreme Court against the interim order issued by the Court of Appeal restraining Mahinda Rajapaksa and his Cabinet from functioning.

The appeal has been filed by attorneys on behalf of Mahinda Rajapaksa.

Therefore they request the Supreme Court to issue an order declaring the interim order as unlawful and seeking an interim order preventing the implementing of the Appeals Court’s order until the hearing on the appeal is concluded.