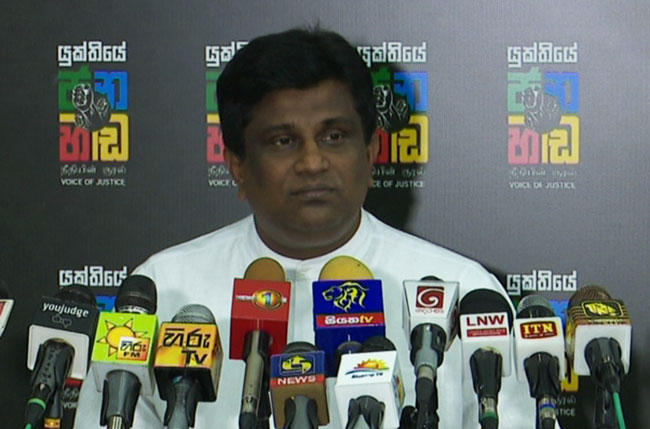 UNP to bring motion seeking to appoint Ranil as PM

UNP MP Ajith P. Perera says that they will bring a motion to the Parliament calling for the appointment of Ranil Wickremesinghe as the Prime Minister.

The motion has been presented by the UNP Deputy Leader Sajith Premadasa, he said. “There is no division.”

Speaking at a press conference today (7), he also said that the President yesterday issued a statement saying he was prepared to address the shortcomings of the 19th amendment while Mahinda Rajapaksa’s side is saying they will do away with the 19th amendment.

“What are the weaknesses that the President Maithripala sees existing in the 19th amendment?” he questioned.

“This is the challenge now faced by President Maithripala Sirisena. This is the victory that the citizens of this country have achieved,” he said.