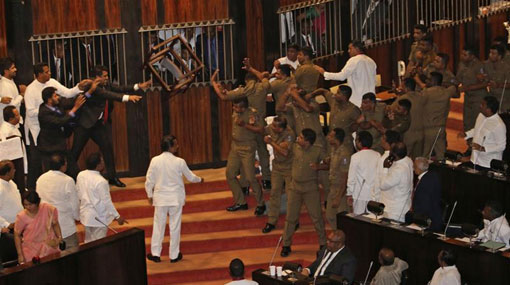 The committee appointed to inquire into the damages caused to the Parliamentary property during the tense situation that emerged during the sessions held last month is scheduled to assemble on December 12.

The report on the estimation of the damages caused to the parliamentary property will also be submitted to the committee on the same day.

The tense situations that had emerged during the proceedings of the Parliament held on the 14th, 15th and 16th of November had caused damages to the properties of the Chamber.