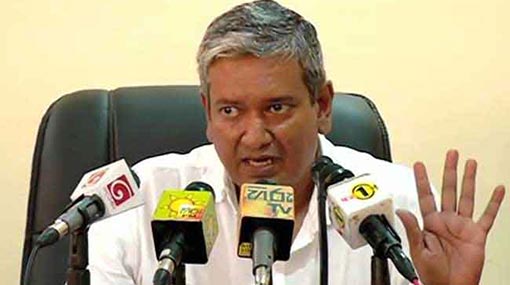 Gevindu on how Ranil secured premiership without parliament majority

Ranil Wickremesinghe would have lost the premiership the day after the 19th Amendment to the Constitution was passed had it contained a proposal that the parliamentarian with a 113-member majority should be appointed as the Prime Minister, says the President of Yuthukama national organization.

He stated this attending a press conference in held in Colombo today (07).

The 19th Amendment mentions that the President should appoint a Member of the Parliament as the Prime Minister, who, in the President’s opinion, is most likely to command the confidence of Parliament, Kumaratunga further said.

Commenting in this regard, he questioned as to why the 19th Amendment does not contain a clause stating that the Member of Parliament, who holds the 113-member majority in the Chamber should be appointed as the premier.

He claims that this was included in the 19th Amendment, as Ranil Wickremesinghe had either 42 or 43 members on his side when the Amendment was passed.