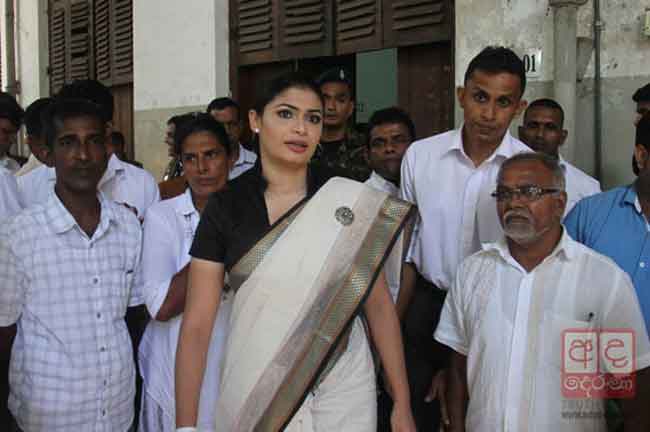 Case against Hirunika set to be heard in March

The Colombo High Court has decided to hear the case against MP Hirunika Premachandra over the abduction a youth from Dematagoda, on the 12th and 13th of March, 2019.

In December 2015, a 35-year-old man was abducted in the Baseline Road area in Dematagoda and assaulted by a group of individuals who had arrived in a Land Rover Defender which is allegedly owned by Premachandra.

It was later revealed that a clandestine love affair between the abduction victim and the wife of one of the suspects had led to the incident.

The victim who is a resident of Kolonnawa was abducted by the group on December 21.

Nine including Premachandra were charged over the abduction while the Colombo District MP was arrested on January 9, 2016 and subsequently granted bail by the court.