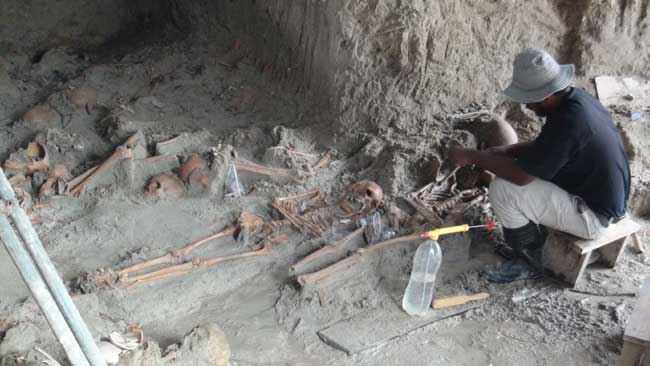 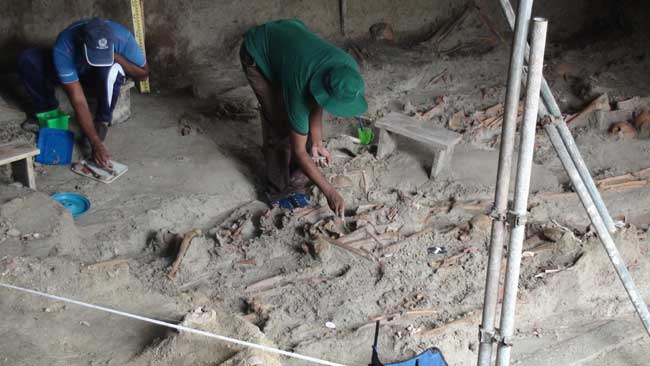 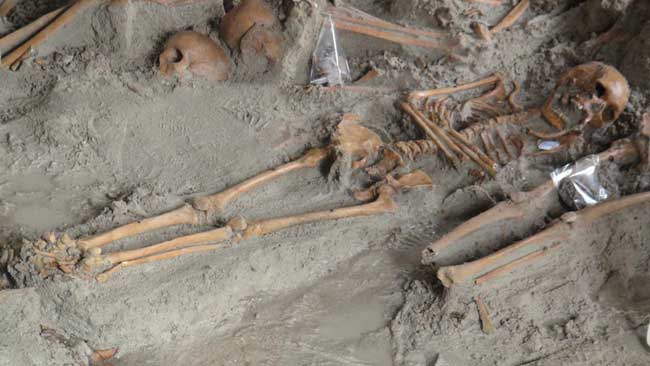 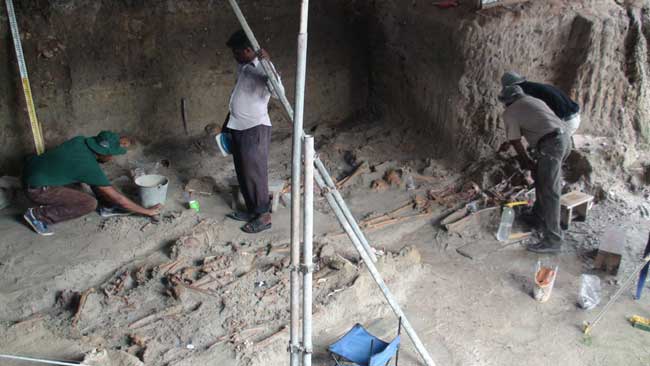 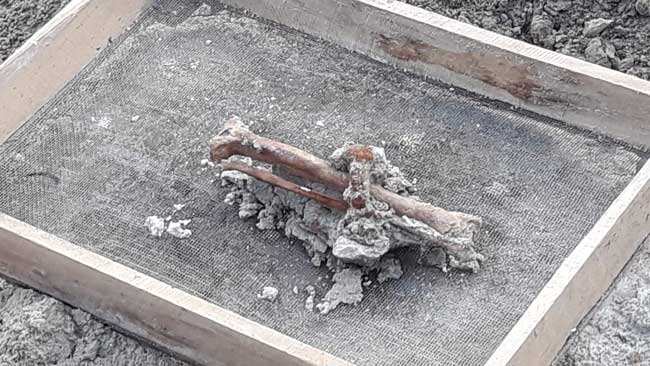 Three skeletal remains uncovered at the mass grave found in Mannar appear to have been tied with some substance, according to the Judicial Medical Officer in charge of the inspection Dr S. Rajapaksa stated yesterday (11).

These skeletal remains have been submitted to the Mannar Magistrate and future inspections will be carried out to identify whether the substance that had been tied to the skeletal remains is a metal or part of jewelry item, he said.

Accordingly, the skeletal remains will be initially subjected to X-ray tests.

Dr Rajapaksa further said that out of the uncovered 279 skeletal remains, 269 have been systematically removed through excavations and currently placed at the Mannar Magistrate’s Court complex.

According to him, considerably smaller skeletal remains suspected to belong to 21 children have also been unearthed.

Several skeletal remains had been discovered on March 26 from a mound of soil in the Emil Nagar area in Mannar, which had been removed from the demolished CWE building and investigations regarding the location were launched subsequently.

The investigations, led by Prof. Raj Somadeva of Archaeology at the Postgraduate Institute of the University of Kelaniya, the officers of the Archaeological Department, Government Analysts and the Judicial Medical Officers including Dr Sameendra Rajapaksa, Mannar police officers, have been conducted for 112 days at the location under the orders of the new Mannar Magistrate T. Saravanaraja.