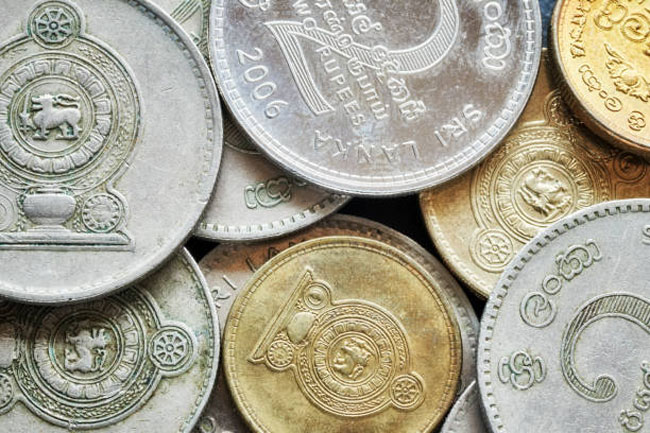 The Sri Lankan rupee ended weaker on Wednesday, as foreign investors continued to exit from bonds and stocks as a lingering political crisis weighed on sentiment ahead of a key ruling by the island nation’s Supreme Court.

The ruling, expected this week, will determine if the current parliament can continue the next year or whether an election should be held. The decision could help end the political crisis. The Sri Lanka parliament on Wednesday passed a confidence vote to back controversially ousted prime minister, expecting the country’s president to reinstate him to prevent the ongoing political crisis and a possible government shut down.

The rupee ended at 179.50/60 per dollar on Wednesday, compared with 179.20/40 in the previous session. Credit rating agencies Fitch and S&P downgraded Sri Lanka’s sovereign rating last week, citing refinancing risks and an uncertain policy outlook, after President Maithripala Sirisena’s sacking of his prime minister in October triggered the political crisis.

This year, there have been 19.7 billion rupees of outflows from stocks and 143.4 billion rupees from government securities, the latest data from the bourse and central bank data showed.

The rupee hit a record low of 180.85 per dollar on Nov. 28. It has weakened about 3.6 percent since the political crisis began. The currency fell 1.8 percent in November and dived 17 percent so far this year. Moody’s downgraded Sri Lanka on Nov. 20 for the first time since it started rating the country in 2010, blaming the political turmoil for aggravating its already problematic finances. The political paralysis remains the main concern for investors. While Mahinda Rajapaksa and President Sirisena have failed to win support in parliament for their new government, the deposed prime minister Ranil Wickremesinghe’s coalition, which claims it does have majority support in parliament, has not been allowed to try to form a government.

A lower court has stayed Rajapaksa and his cabinet functioning in their positions after they refused to step down despite ousted via two confidence votes.

The central bank on Nov. 14 unexpectedly raised its main interest rates to defend the rupee, which has faltered as foreign capital outflows pick up due to the domestic crisis as well as rising U.S. interest rates.

Five-year government bond yields have risen 50 basis points since the political crisis unfolded on Oct. 26, while yields on Sri Lanka’s dollar bonds due in 2022 have risen by more than a percentage point to 8.43 percent since then.

The Colombo stock index ended 0.15 percent higher at 6,035.27 on Wednesday; but has declined 5.2 percent so far this year. Stock market turnover was 904.4 million rupees, more than this year’s daily average of 827.6 million rupees.

The current selling price of the Sri Lankan Rupee is Rs.181.06 against the US Dollar while the buying rate is Rs. 177.09, according to the Central Bank of Sri Lanka.