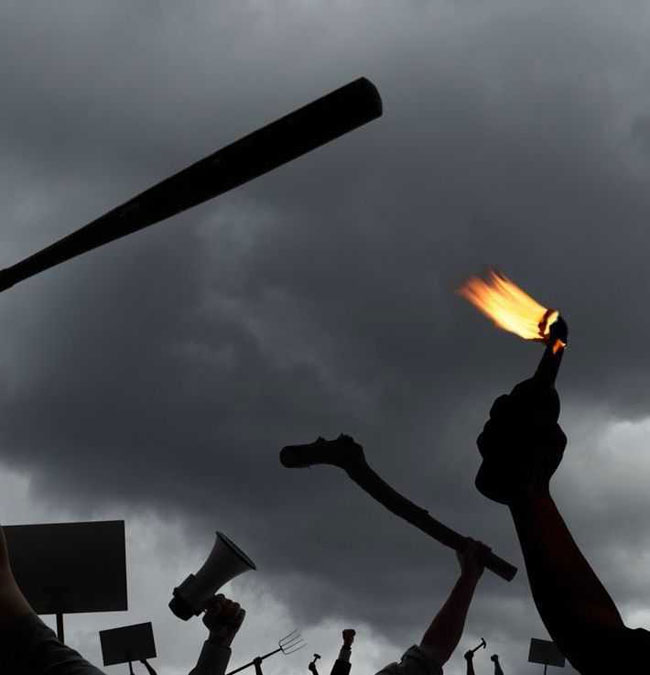 Police have launched a tear gas attack on a protest launched by the rasidents against the Katuwana police station.

Reportedly, a group of people had behaved in an unruly manner in front the police station last night (12).

A group of officers from the Katuwana Police had conducted a raid on an illegal liquor brewery in the Bengamukanda area in Katuwana yesterday.

The death of a 50 year old resident of the area has been reported and according to the residents the man was killed by an assault of the police officers.

According to the police officials the person was found lying on the road and that they had then intervened and acted to admit him to a hospital. The police have denied allegations that they have carried out an assault.

According to the reports, four police officers have been injured of the attacks and admitted to the Walasmulla hospital for treatment.

The Police Station had called in extra police officers from nearby police stations and officers of the Police Special Task Force (STF) to evacuate protestors who were dispelled after a tear gas attack.