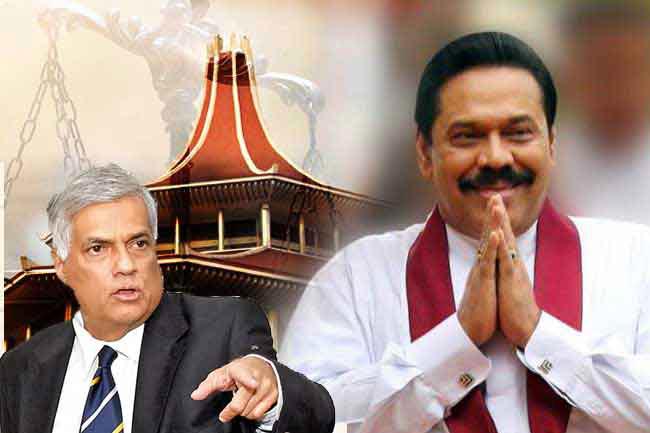 Lawyer on behalf of Ranil Wickremesinghe has filed a motion before the Supreme Court requesting a five-member judge panel for the hearing of the appeal of Mahinda Rajapaksa on holding the Prime Minister’s Office.

The motion has stated that as the Appeal is constitutionally significant, the matter should be heard before a five-judge panel.

The appeal filed against the interim order issued by the Court of Appeal restraining Mahinda Rajapaksa from holding office of Prime Minister and his Cabinet from functioning, is fixed for support on December 14 by the Supreme Court.

Meanwhile, another motion has been filed at the Supreme Court by 122 MPs who are named respondents of the appeal, requesting the relevant appeal not to be heard before Judge Eva Wanasundara in fear of a biased judgement.

They have requested the Supreme Court to remove Judge Wanasundara from the judge panel and the appeal be heard before another judge panel.