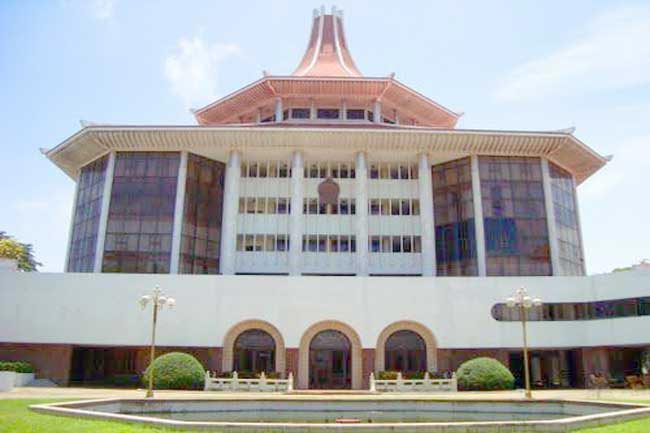 Extra Police security has been deployed around the Supreme Court complex, stated Ada Derana reporter. The Supreme Court will be delivering its verdict on the petitions on the dissolution of the parliament at 4 pm this evening (13).

The Supreme Court last Friday (Dec. 7) concluded the hearing of the petitions filed challenging the Gazette notification dissolving the Parliament after four consecutive days of court hearings, however no date was fixed for delivering the verdict in the case.

Analysts say the Supreme Court ruling would be the first step in the resolution of the ongoing political crisis, the likes of which has never been witnessed in the island nation’s history.

Sri Lanka was on the edge, ahead of the crucial Supreme Court ruling on President Maithripala Sirisena’s controversial sacking of Parliament and call for a snap election that pushed the country into unprecedented political turmoil.

As many as 13 petitions were filed against the President’s November 9 order sacking the 225-member Parliament, almost 20 months before its term was to end, and setting the election date for January 5.

Organisations and activists such as the Centre for Policy Alternatives (CPA), Attorney Aruna Laksiri and also a member of Elections Commission Prof. S. R. H. Hoole have also filed petitions.

The Supreme Court on November 13 had issued an interim order ruling Sirisena’s gazette notification as temporarily illegal and halted the preparations for snap polls. The hearing in the case was concluded last week as the court reserved its judgment.