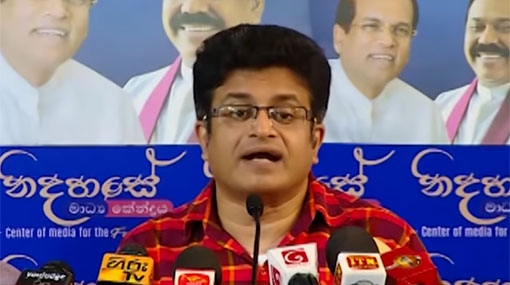 We were up against CIA and MI6, not Karu and Ranil  Gammanpila

UPFA MP Udaya Gammanpila claims that the foreign diplomats, who had applauded in elation when the Speaker declared that the government does not have a majority in Parliament, will be able to get a good night’s sleep tonight.

Speaking at a press conference in Colombo on Saturday, he stated that they were not up against Speaker Karu Jayasuriya or UNP leader Ranil Wickremesinghe.

“We were up against secret intelligence agencies such as America’s CIA and Britain’s MI6,” he claimed.

Gammanpila further said that they see the end of the government’s two-thirds majority as a massive victory itself and that the biggest victory of them all is the fact that the President is now on their side.