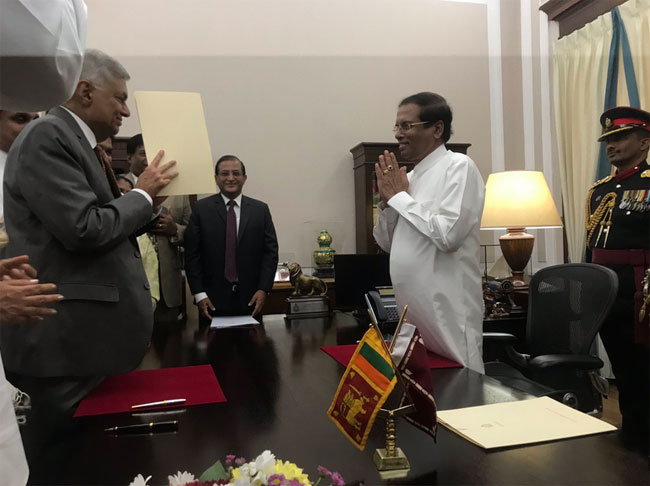 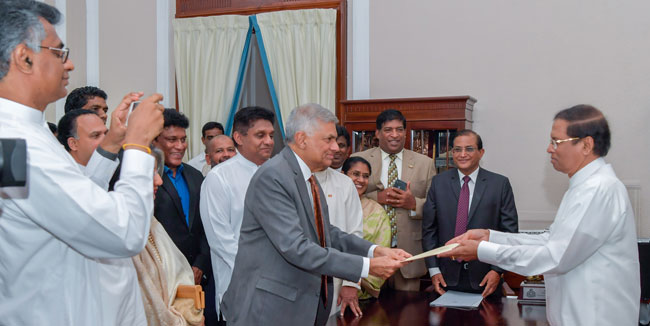 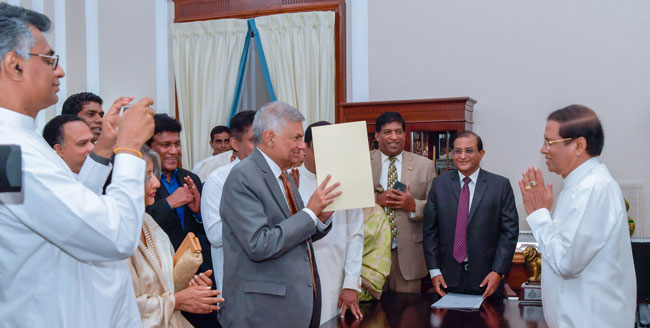 Ranil Wickremesinghe was sworn in as the Prime Minister of Sri Lanka before President Maithripala Sirisena at the Presidential Secretariat in Colombo, a short while ago.

This is the fifth time that Wickremesinghe has been sworn in as the Prime Minister of Sri Lanka.

Meanwhile a large number of UNP supporters have gathered outside the Presidential Secretariat to cheer and celebrate the reappointment of Wickremesinghe as PM.

Ada Derana reporter said that after taking oath, the UNP leader will arrive at Temple Trees where a ceremony has been organised in his honour, with the participation of the MPs of the United National Front (UNF).

Wickremesinghe’s return as Prime Minister, is likely to bring an end to the political crisis that began in late October when he was surprisingly ousted.

However, Rajapaksa failed to win a parliamentary majority and resigned on Saturday as a government shutdown loomed.

An official at the president’s office confirmed to Reuters that Wickremesinghe would be sworn in, which should help achieve parliamentary approval for a temporary budget that is required by Jan. 1.

Parliament voted to cut the budget for Rajapaksa and his ministers after Sirisena refused to accept no-confidence votes against Rajapaksa, saying that due process was not followed.

Parliament has already passed a confidence vote in Wickremesinghe while it sought his reinstatement as prime minister to defuse a constitutional crisis.