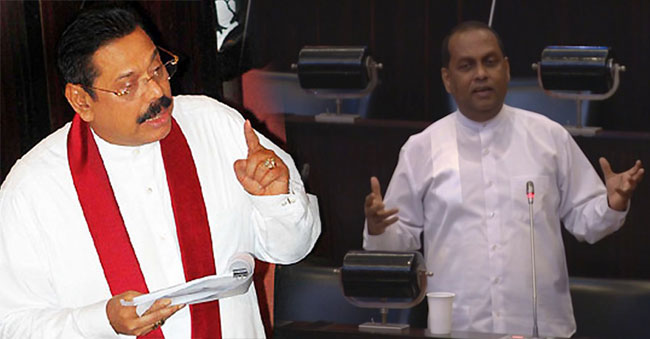 The Speaker of Parliament Karu Jayasuriya has recognised UPFA MP Mahinda Rajapaksa as the Leader of the Opposition.

This was announced by the Speaker following the commencement of parliamentary proceeding today (18).

The parliamentary group of the United People’s Freedom Alliance (UPFA) decided to nominate former President Mahinda Rajapaksa to the position of Opposition Leader.

The decision was reached during the UPFA parliamentary group meeting held today (18) which was chaired by President Maithripala Sirisena.

The UPFA had said it will not be joining the UNP-led government and would sit in the opposition.

That had made the UPFA the largest opposition party in the Parliament, meaning the Opposition Leader post previously held by Tamil National Alliance (TNA) leader, R. Sampanthan, transferred to the UPFA.

Ada Derana takes a look at paddy fields in Kurunegala

Ada Derana takes a look at paddy fields in Kurunegala