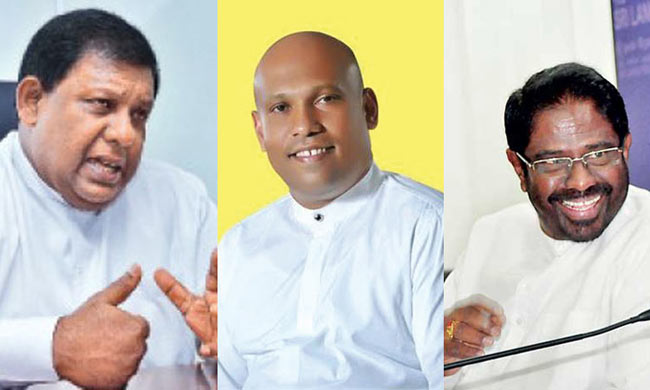 The three UPFA MPs crossed over to the government side from the opposition bench and took seat after the parliamentary session commenced today.

After taking seat in the government side, MP Wijith Wijayamuni Zoysa addressed the House.

However, although he respects the former President, Zoysa says that he cannot go on this journey with the ‘wolves and dogs’ surrounding Rajapaksa.

According to him, as SLFP members they have a great responsibility to protect the party and its supporters. However, now they can’t move either backwards or forwards within the SLFP, just as ‘flies in a Venus Flytrap’, he said.

Although the past government is accused of not doing any work during their reign, they did many services such as building 100 tanks, suspending projects harmful for the country such as the Uma Oya project, says Wijayamuni Zoysa. He added that UNF MPs didn’t hinder his work during their government.

He further said that he doesn’t care about ministerial posts. He affirmed that he did not join the United National Party (UNP) and that he was a SLFPer from birth.

Zoysa says that he only wants to support the government to establish the political stability in the country, which had been a burden on the public.