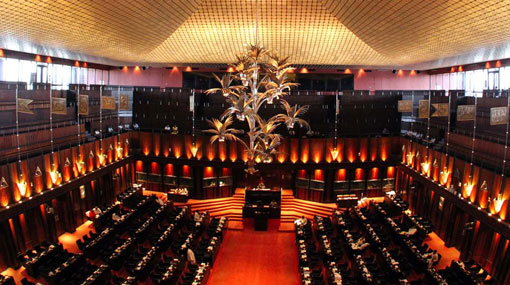 Speaker Karu Jayasuriya had announced the appointment of Mahinda Rajapaksa as the Leader of Opposition.

MP Gayantha Karunatileka was appointed to the post of Chief Government Whip.

Meanwhile, UPFA MPs Wijith Wijayamuni Zoysa, Lakshman Seneviratne and Indika Bandaranayake had crossed over to the government side from the opposition bench.

The adjournment motion debate was held afterwards and concluded.