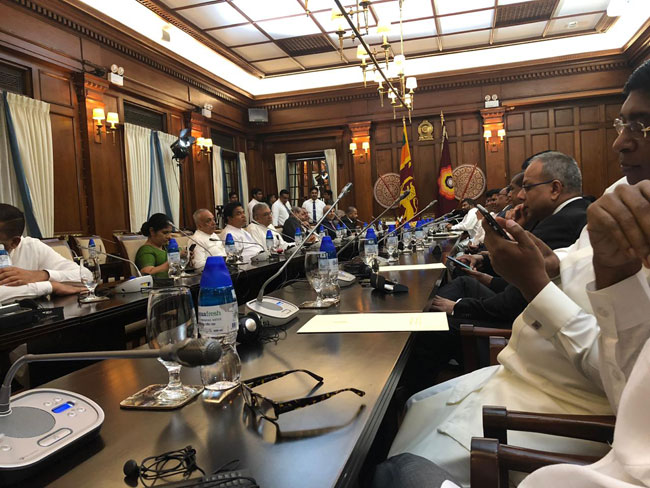 A new Cabinet consisting of a total of 29 ministers were sworn in before President Maithripala Sirisena at the Presidential Secretariat, a short while ago.