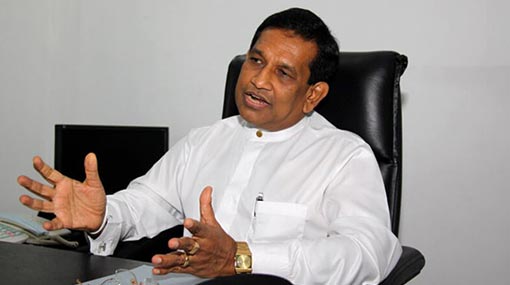 Prime Minister would not violate the Constitution even if President Maithripala Sirisena does so, says the Minister of Health, Nutrition and Indigenous Medicine Dr Rajitha Senaratne.

He stated this following an event held in Payagala today (31).

An event, headed by Minister Rajitha Senaratne, was held to inaugurate a project to carpet Kajuduwa and Polwatta roads in Payagala with Rs 6.5 million and Rs 8 million, respectively, under the decentralized provisions from the Minister.

The Minister further said Prime Minister Ranil Wickremesinghe is a well-educated person and as a graduate from a local university he would not violate the Constitution.

Commenting further, he said seven UNP parliamentarians have announced that they would continue politics independently.

The Minister added, “When you are in politics, you cannot be partial to a party. Certain people try to form parties even if the country falls behind. We would provide massive subsidies to the public from the budget we intend to present in future.”

The former President established a so-called government to evade the lawsuits filed against him, however, people think the patriot who liberated the country would not do any wrongdoings, Minister Senaratne commented further.