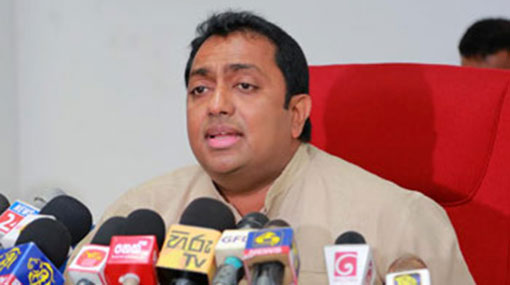 Minister of Education Akila Viraj Kariyawasam has responded to the challenge issued by UPFA MP Bandula Gunawadena for the latter to take part in a debate with him.

Gunawadena, a former education minister, had challenged Kariyawasam to a televised debate after the minister criticized his comments regarding a student of an international school obtaining the best results in Arts at 2018 Advanced Level examination.

The Education Minister stated that he should think before agreeing to a debate as there is a doubt as to whether there would be any point in arguing with Gunawardena.

Kariyawasam charged that everyone should agree with Gunawardena’s views and no matter how many times one points out his faults, the former Minister will not accept them.

Therefore, there is no point in arguing with Gunawardena and his empty logic, said the minister.

He further said that a debate should be held with someone who can accept someone else’s views.