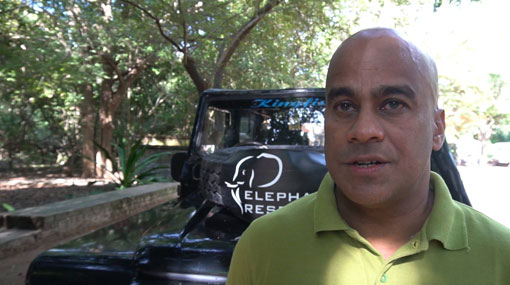 The Department for Wildlife Conservation (DWC) and the Sri Lanka Tourism Development Authority (SLTDA) has decided that from 1st July onwards all Safari Jeep operators operating in Minneriya and Kaudulla National Parks must obtain the legal certification issued by DWC and SLTDA to operate in these National Parks.

This new law will initially be implemented in Minneriya and Kaudulla National Parks while Hurulu Eco Park will follow suit thereafter.

This was mentioned at a workshop held in Minneriya to raise awareness and train existing Safari Jeep operators.

Following the conclusion of the free workshop series held by the SLTDA, any other Safari Jeep driver who had not obtained their certification through the workshop will have to obtain the license by paying a fee participating at an annual workshop conducted by the authority.

According to the Chairman of FEO, it has been revealed in a study that 38% of all tourists in Sri Lanka visit national parks and over 70% of those had rated their experience as ‘really bad’ due to various reasons such as harassment of the wildlife and misbehaviour of safari drivers.

Former Director General of the Wildlife Conservation Department Sumith Pilapitiya stated that the park complex - consisting of Minneriya and Kaudulla National Parks and the Hurulu Eco Park, has decided that any disciplinary action taken against a Safari jeep operator will be enforced in all three parks.

The issued licenses will be renewable and traceable; tourists who receive their services will be able to give feedback thus ensuring more clients for jeep operators who provide a quality service.