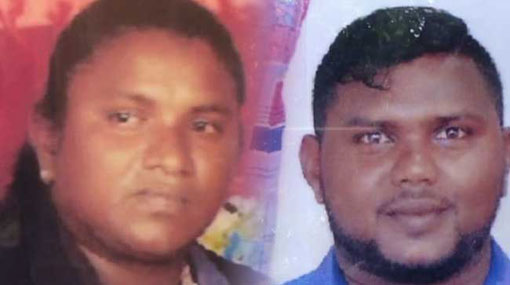 CID identifies where Rathgama businessmen were murdered and burned

The Criminal Investigation Department (CID) has identified that the two businessmen, who went missing from Rathgama area, were murdered in Akmeemana and their remains were burned at Medagangoda Forest Reserve in Walasmulla.

It is reported that the two businessmen were assaulted and murdered inside a house in Gonamulla area of Akmeemana police division and the Galle Magistrate has already carried out an inquest at the said location.

The CID investigations have further uncovered that the remains of the two businessmen were burned at the Medagangoda Forest Reserve in Walasmulla.

Meanwhile, the Government’s Analyst and a group of officials have already headed off to the forest reserve for a site inspection, the Media Spokesperson stated.

Two businessmen from Rathna Udagama, Boossa, 33-year-old Manjula Asela, and 31-year-old Rasen Chinthaka, were taken away by a group of persons in police uniforms who had arrived in a van and a car at around 10 a.m. on 23rd of January. Both businessmen had been at the residence of Manjula Asela at the time of the incident.

The CID had arrested a Sub Inspector of the Southern Special Crimes Investigations Unit this morning (22) in connection with the disappearance.
On 18th February, Southern Province Special Investigations Unit IP Kapila Nishantha was also arrested over this incident and subsequently remanded until 27th of February.

Meanwhile, fifteen police officers including the OIC of the Southern Special Crimes Investigation Unit have been transferred over the disappearance of the two businessmen.