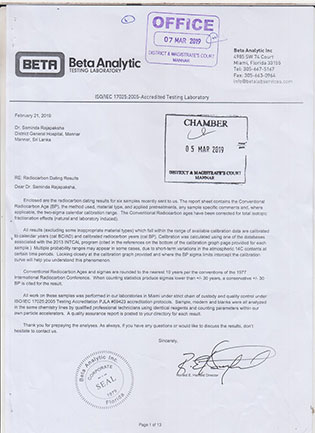 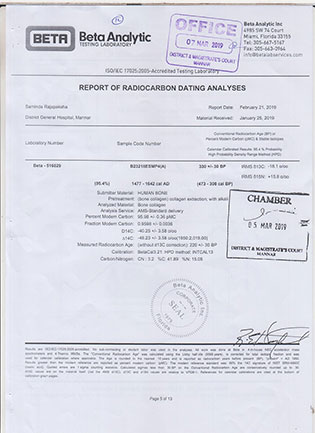 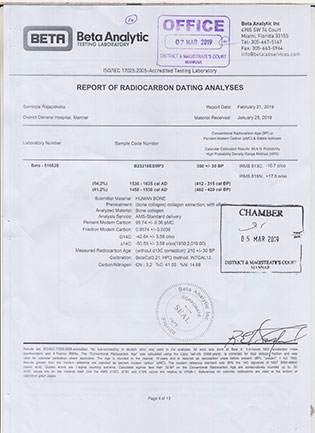 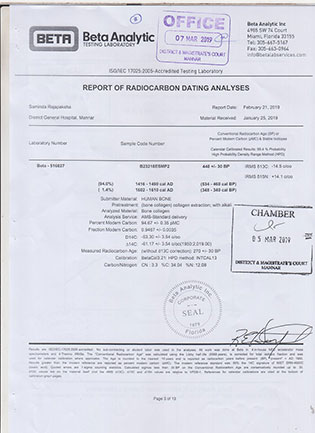 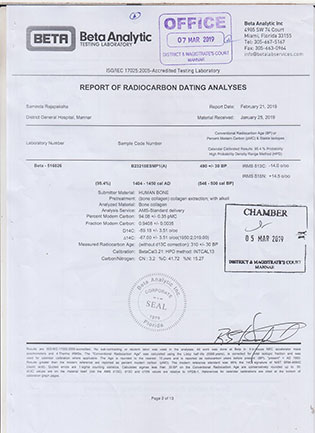 The results of the radiocarbon tests conducted on the bone fragments unearthed from the mass grave in Mannar have been made public by the Mannar Magistrate’s Court today (07).

Judicial Medical Officer Dr Saminda Rajapaksha, who is in charge of the excavations at the site, yesterday (06) stated that the court had received the test results on the bone fragments of six persons sent over to Beta Analytic Inc., a radiocarbon dating laboratory in Miami, USA.

Although the scientific data of the relevant bone fragments were received, the court has requested the Beta Analytic Inc., for an explanation on the test results of the six samples.

Reports prepared by the testing laboratory in Miami, Florida — where Sri Lanka sent the samples in January — and presented to the Mannar magistrate’s court have indicated that the bones predate the period of the island’s civil war by a few centuries and belonged to a time period between 1499 and 1650 A.D.

According to the report sent by Beta Analytic Inc., the sample bone fragments fall within calendar years of 1450-1650 AD.

Reportedly, skeletal remains of 325 persons including 29 children have been recovered from the mass grave as of today while 318 bone fragments have been removed systematically.