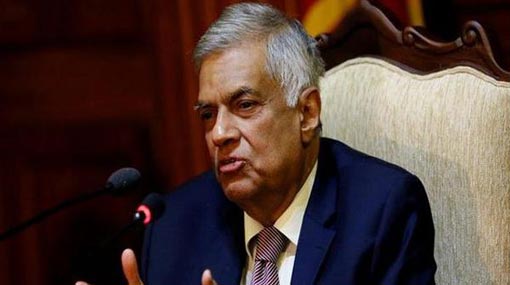 Sri Lankan Prime Minister Ranil Wickremesinghe said on Saturday that the security and operations of the strategic Hambantota port are managed by his country and not by other nations.

“Many people consider that the Hambantota port is a Chinese military base. I accept that there will be an army camp. But it is a Sri Lanka Navy camp. Once installed, a Sri Lankan Rear Admiral will be in control. Any ship from any country can come there. But we control the operations,” Colombo Page quoted Wickremesinghe as saying during the third meeting of the Asia-Europe Political Forum (AEPF).

The Sri Lankan premier maintained that Colombo has friendly and cordial ties with all countries and is aware of current international trends.

“India is our partner from our history. We joined Japan at the San Francisco Conference. Despite the opposition from the United States, Sri Lanka recognized the People’s Republic of China and first signed a trade agreement. We will maintain this situation. We do not get caught up in someone’s competition,” Wickremesinghe said.

In December 2017, Sri Lanka had leased Hambantota port to the state-run China Merchant Ports Holdings Ltd for a period of 99 years, a move that caused concern in neighboring India.

As part of the agreement, the China Merchants Port Holdings Company and the Sri Lanka Ports Authority jointly own the port and the investment zone around it, according to officials.

The Chinese firm has a 70 percent stake in the joint venture while the state-run Sri Lanka Ports Authority is holding the remaining 30 percent stake.

Meanwhile, a Chinese firm will soon set up a cement plant in Hambantota where China already controls the strategic port, in an indication of Beijing’s increasing footprint in the island nation.

Sri Lanka’s Deputy Minister of Development Strategies and International Trade, Nalin Bandara, had said in January this year that the Chinese firm would set up its plant in the Hambantota Export Processing Zone.

Bandara had also said this is the first time a Chinese cement company is entering the local market directly.