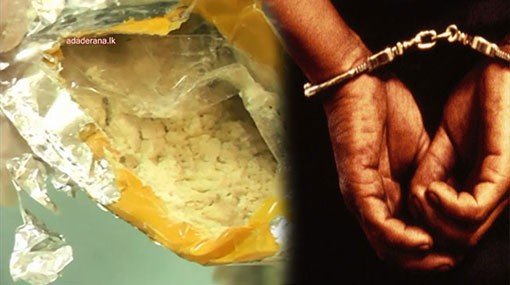 Suspect arrested with over 1kg of heroin in Wattala

A suspect has been arrested while in possession of over one kilogram of heroin at Dikowita in Wattala.

Police said that a raid was carried out in the Dikowita area based on information received by Wattala Police.

The suspect in question was arrested while he started running with a parcel in his hand upon spotting the police officers. The drugs were found inside the parcel.

The arrested suspect, Suranga Sujeewa Alwis, 35, is slated to be produced at court.