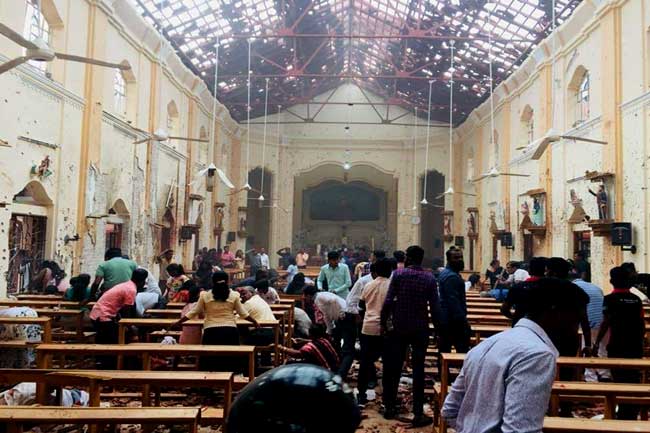 An explosion has been reported from the Kochchikade Church in Kotahena at around 8.45 a.m. this morning (21), stated Ada Derana reporter.

Reportedly, over 80 injured persons have been admitted to the Colombo National Hospital following the explosion.

A large number of people had been inside the church at the time of the incident.

Five other explosions were reported at Katuwapitiya Church in Katana, Zion Church in Batticaloa, Shangri-La, Cinnamon Grand and Kingsbury hotels as well.

Police immediately rushed to all affected areas and sealed off the churches and hotels.