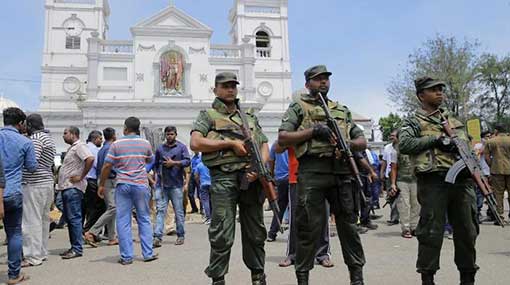 Island-wide police curfew to be lifted

The island-wide police curfew that was imposed yesterday will be lifted at 6.00 a.m. today (22), the Police Media Spokesperson says.

Authorities launched a massive security operation and imposed a curfew after a wave of bombs in churches and hotels in Sri Lanka on Easter Sunday.

Accordingly, security was tightened at all religious places, tourist hotels, embassies, other government institutes and public places following the series of events that shook the country.