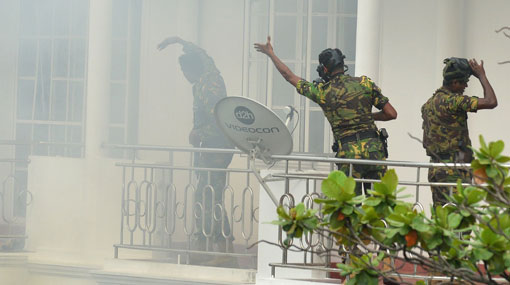 Sri Lanka Police says that 24 suspects have been arrested so far in connection with the series of explosions in the county yesterday.

Police Spokesman SP Ruwan Gunasekara said that the suspects are in the custody of the Criminal Investigations Department (CID) and that they are being interrogated.

Authorities launched a massive security operation yesterday and imposed a curfew after a wave of bombs in churches and hotels in Sri Lanka killed at least 207 people and injured 450.

The eight blasts, some of which officials said were suicide bomb attacks, appeared timed to cause maximum casualties among worshippers attending Easter services.

Three churches and three luxury hotels were targeted. There were also explosions at a guest house near the zoo and in a residential area of Colombo.

Three hours after the bombings, security forces surrounded a house in the Dematagoda neighbourhood of Colombo, where they arrested seven people, of whom three were reported to have required immediate medical assistance.