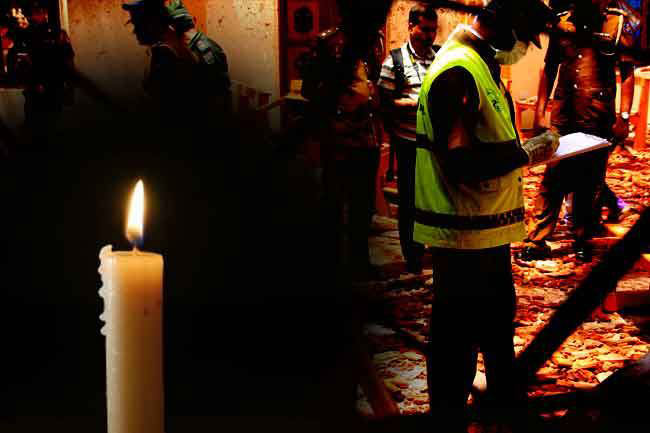 The government has decided to declare 23rd April as a national day of mourning in remembrance of the victims from the series of fatal explosions which shook the country on Easter Sunday (21).

The decision was reached during an emergency meeting of the National Security Council today (April 22), presided over by President Maithripala Sirisena.

The government has also decided to Gazette the anti-terrorism legal clauses to be effective with effect from midnight today.

This step has been taken to empower police to take effective measures to safeguard security of the people and the country.

The issues pertaining to the organizations responsible for the explosions yesterday, the arrest of terror suspects and those who assisted them and the imperative need to take effective steps to eliminate such destructive forces were discussed at the meeting and the President has instructed the police and Tri-forces to take every possible action in the future.

President Sirisena will meet the foreign ambassadors and high commissioners to brief them on the developments and seek international assistance. The intelligence agencies have reported that there were international organizations behind these acts of local terrorists.

Hence, it has been decided to seek international assistance for investigations, the President Media Division said.

The President has instructed the security forces to provide additional security to all the Catholic churches.

He also instructed the police, Tri-Forces and Defence Ministry to take the current developments into serious consideration and take all the required steps.