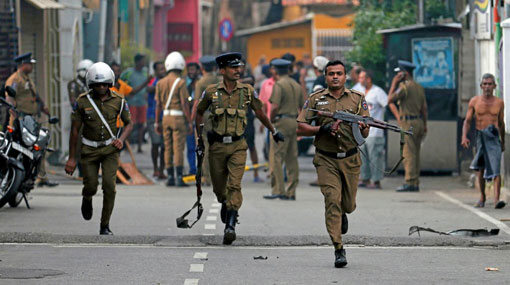 An Extraordinary Gazette notification has been issued by President Maithripala Sirisena, declaring a State of Emergency in Sri Lanka to maintain public security and essential services.

President’s office had announced that the nationwide emergency law, which gives police and the military sweeping new powers to detain and interrogate suspects without a court’s approval, will go into effect at midnight yesterday.

Sri Lanka is under a state of emergency following bomb attacks at hotels and Christian religious centers in the country Sunday. The attacks killed almost 300 people and wounded hundreds of others.

A curfew was also in effect from sunset to sunrise while the government also has blocked most social media websites.