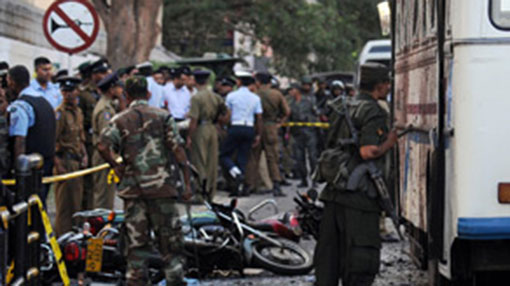 The number of lives lost due to the Easter Sunday bombings in Sri Lanka has risen to 321, according to State Minister of Defence Ruwan Wijewardene.

He stated that 38 foreigners are among the victims of the string of bombings on Sunday which targeted three churches and hotels. Nineteen foreigners have been injured.

Wijewardene further said that over 500 persons were wounded in the attacks and that 375 of them are still receiving treatment for injuries at hospitals.

The State Minister of Defence revealed these latest figures of the casualties while delivering a speech during today’s special parliamentary session.

The six near-simultaneous attacks on three churches and three luxury hotels and three related blasts later Sunday were the island’s deadliest violence in a decade.