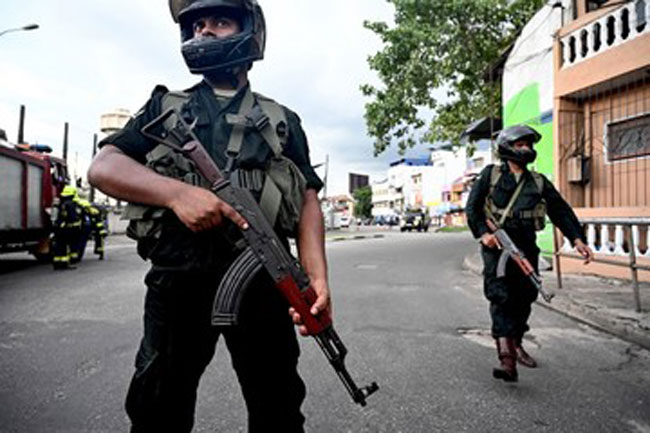 Eighteen persons have been taken into custody on suspicion from Aluthgama, Beruwala, Katana and Warakapola areas during a special operation carried out last night, in connection with the Easter Sunday bombings.

Two suspects have been arrested along with a suspected van bearing the number plate SG PH 3779 by the Warakapola Police, stated Police Media Spokesperson.

A search of a house in Warakapola area had led to the discovery of 4 walkie-talkies and a motorcycle. A suspect was also arrested at the scene.

Another person linked to the same case has also been arrested at Hemmathagama area, according to the Police.