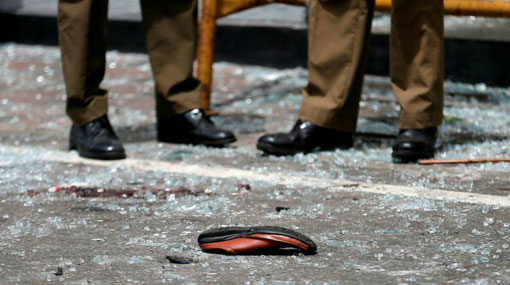 The number of fatalities reported in the suicide bomb attacks that took place on the Easter Day (April 21st) has increased to 359 as of today (24), the Police Media Spokesperson stated.

The death toll increased to 321 yesterday (23) and it is reported over 500 persons have sustained injuries on the explosions.

The eight blasts, some of which officials confirmed as suicide bomb attacks, had targeted to cause maximum casualties among worshippers attending Easter services on 21st of April.

Three churches and three luxury hotels were targeted. There were also explosions at a guest house near the zoo and in a residential area in Dematagoda.

Authorities launched a massive security operation following the attacks and imposed a curfew and a State of Emergency after a wave of bombs exploded in churches and hotels in Sri Lanka.

Mass funerals were held yesterday (23) for the victims who were killed in the suicide bomb attack at the St. Sebastian’s Church in Katuwapitiya.