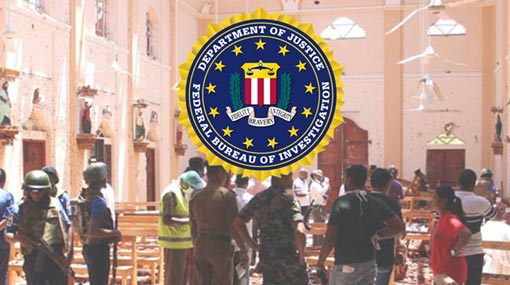 A spokesperson of the U.S. Embassy in Colombo has confirmed that the Federal Bureau of Investigation (FBI), the US intelligence and law enforcement agency, will be assisting Sri Lanka in the investigations on Easter Day attacks.

The  U.S. Embassy says the FBI is on the ground in the country to help assist its investigation into the Easter suicide bombings that killed 359 people.

The embassy said it was part of the support extended by US President Donald Trump.

The embassy in Colombo declined to immediately elaborate.

Meanwhile the U.S. Embassy and all American Spaces in Sri Lanka will be closed to the public through April 26.

Emergency American Citizen Services will be available, the embassy said