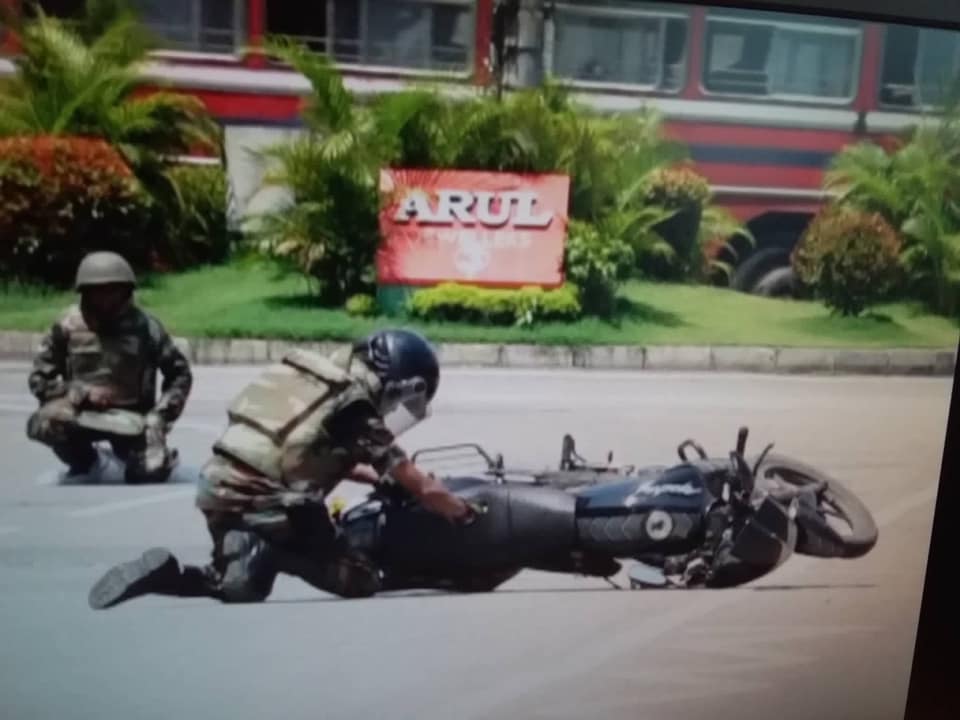 Another suspicious motorcycle which had been left unattended at Gas Works Street in Pettah has been destroyed by the bomb disposal unit through a controlled explosion.

The suspicious motorcycle was discovered by Police Special Task Force (STF) personnel based on information received.

The bomb disposal unit was called in and the bike was then carefully brought to the middle of the road, which was evacuated and closed off, before the bomb squad inspected it.

Afterwards it was destroyed in a controlled explosion to ensure no explosives were hidden in the motorcycle, Ada Derana reporter said.

Previously a controlled explosion had also been carried out near the Savoy Cinema in Wellawatte by security personnel this morning.

The Police Special Task force (STF) had found an unattended motorcycle parked near the movie theatre.

A controlled explosion had been carried out to open the seat of the motorcycle during the inspection carried out by the STF.

Meanwhile a suspicious parcel which had been left unattended at a restaurant in Thimbirigaskatuwa, Katana was also destroyed though a controlled explosion today (24) by Sri Lanka Air Force (SLAF) Explosive Ordnance Disposal (EOD).