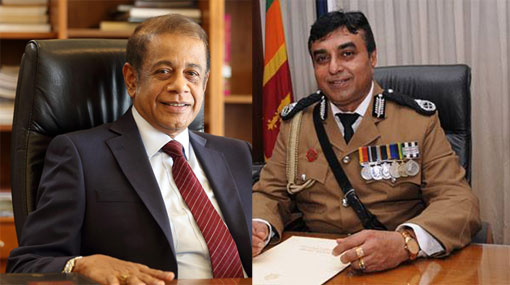 Wijeyadasa calls for immediate arrests of Defence Secretary and IGP

MP Rajapakshe says that, on 18th November 2016, he had revealed information on these attacks and the extremist Islamic terrorist organizations in connection with it. However, several ministers and parliamentarians had slandered him, considering him a ‘tribal’.

In his letter, the parliamentarian says the IGP and the Defence Secretary have concealed the intelligence information received on this brutal attack from the Head of the state and the Prime Minister.

He has hence urged the President to immediately arrest Defence Secretary Hemasiri Fernando and IGP Pujith Jayasundara under Section 21 of the Code of Criminal Procedure for committing an offence punishable under Article 296 and Article 297 of the Penal Code. 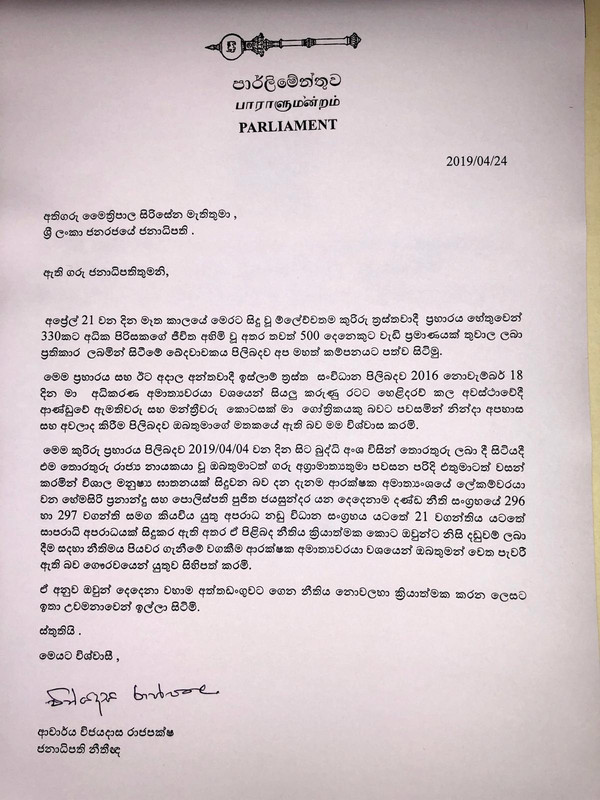