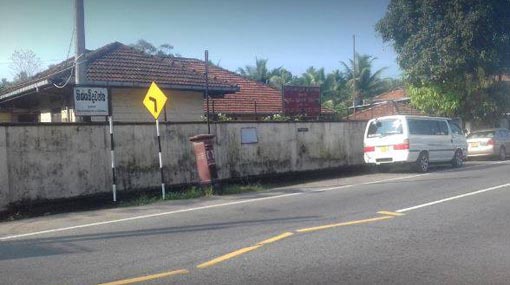 A minor explosion has been reported in a garbage dump on a vacant plot behind the Pugoda Court premises, stated the Police.

The explosion occurred this morning (25), according to the Police.

However, no injuries or damages to property have been reported in the explosion.

Investigations are carried on the matter under the complete supervision of Senior Superintendent of Police (SSP) in Gampaha.

It is suspected that the explosion was caused by a grenade as the blast had created a foot-wide crater at the site.

Pugoda Police and STF personnel are currently carrying out investigations att he scene of the explosion.