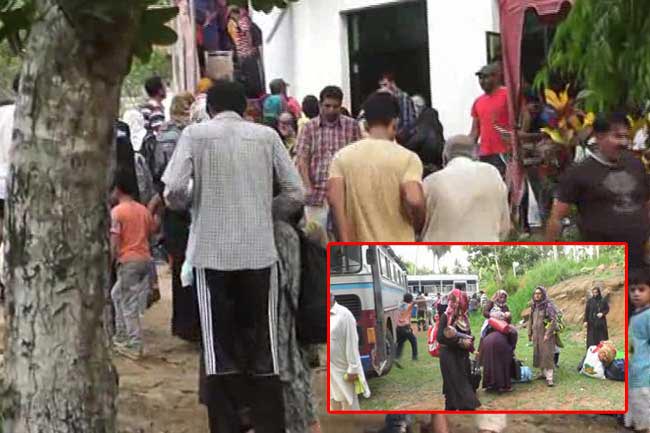 Six hundred Pakistanis, who had been living within the Negombo Police Division owing to deportation from Pakistan, have been taken into the Ahmadiyya Community Center in Nittambuwa, stated Ada Derana reporter.

Reportedly, the relevant Pakistan nationals had been deported from Pakistan due to the war situation in Pakistan via the United Nations.

However, the owners of the houses they had been temporarily living in, had asked them to leave the house owing to the recent Easter Day attacks, stated Ada Derana reporter.

Accordingly, upon a complaint received by the Negombo Police regarding the safety of the deported Pakistanis, they have been escorted to the Community Center.

Ada Derana reporter further stated that funds have been received from the United Nations and the Pakistan government for the support of these deported Pakistanis.