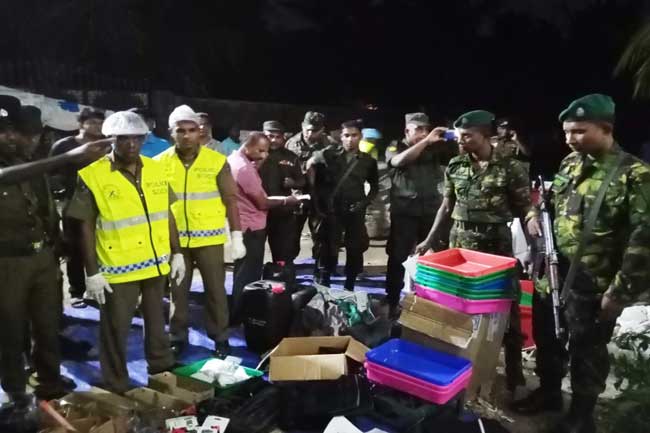 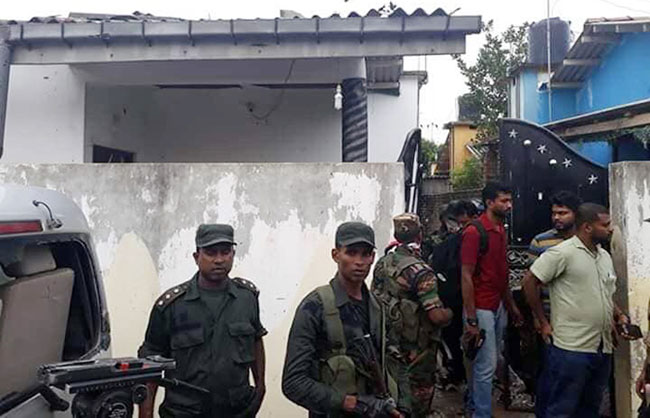 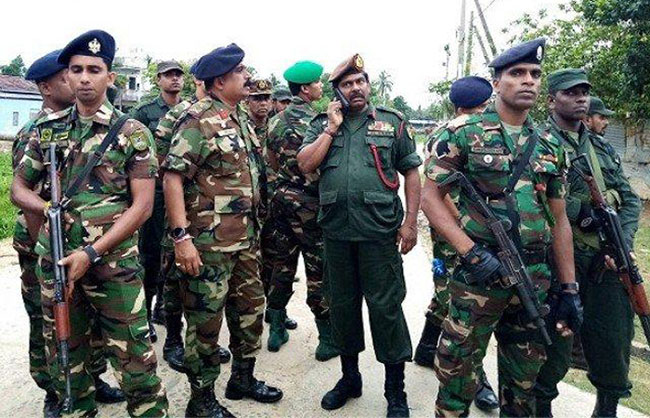 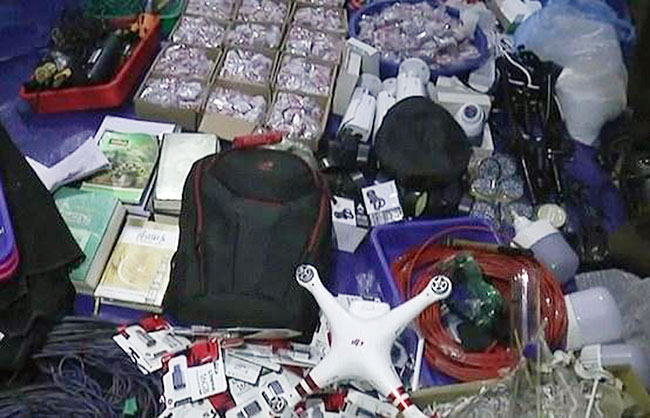 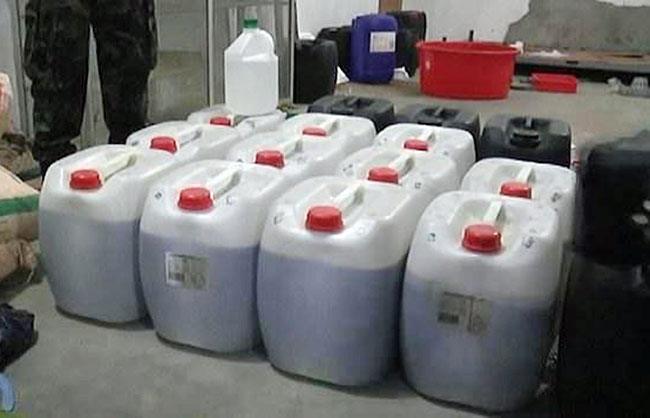 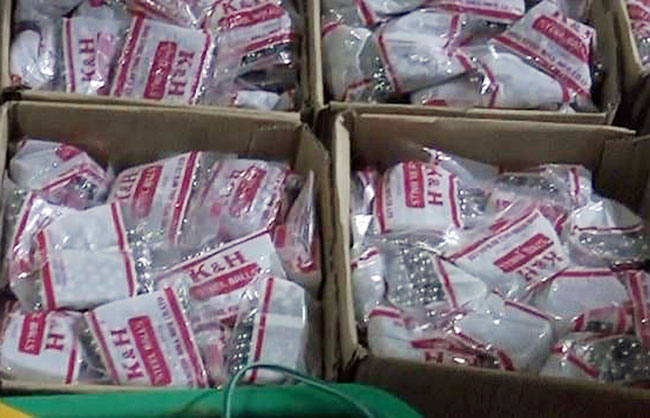 15 bodies including children found at blast site in Sainthamaruthu

UPDATE: (8.27 p.m.) - A total of 15 bodies including women children have been recovered from the site of explosions at Sainthamaruthu, Kalmunai.

The Police Spokesman said that the bodies of 06 males, 03 females and 06 children have been discovered at the house where the blasts occurred last night.

Meanwhile another woman and a child who were found injured in the incident have been hospitalized.

No injuries or casualties have been reported among the security forces personnel involved in the shootout, police confirmed.

Four bodies suspected to be that of the suicide bombers have been recovered at the site of last night’s explosions and gun battles at Sainthamaruthu, Kalmunai in Ampara District.

Police Spokesman SP Ruwan Gunasekara said that search operations are still underway at the locations of the blasts.

Shooting erupted between security forces and a group of armed men during a search and cordon operation related to the Easter Sunday attacks.

Army troops, together with Police personnel in the general area of Nintavur, Sainthamaruthu are now conducting clearing operations, having cordoned the entire area after the shoot out on Friday (26) night.

Reports confirmed that the troops on intelligence tip-off given by the Police were proceeding towards to check a safe house of suspected terrorists when they triggered three explosions and began firing towards the troops.

Troops retaliated and raided the safe house where a large cache of explosives had been stored, the Sri Lanka Army said.

One civilian fell victim and died in the crossfire and 3-4 persons were reportedly injured. At the same time, two of those gunmen with one weapon, suspected to be from an Islamic terrorist organization, were killed during the retaliation, it said.

Reports had claimed that there could be one or more suicide bomber inside the safe house either killed or in hiding. However, troops were unable to storm the place in the dark and due to heavy concentration of civilians’ houses around, according to Major General Aruna Jayasekara, Commander, Security Forces – East.

Following detection of two ID cards, initial reports confirmed the said van had been bought in Akkaraipattu on cash on 19 April.

At the moment, Army troops have cordoned the entire area and are conducting clearing operations with the support of sister services, STF and Policemen in affected areas.

Meanwhile, during another search operation carried out last evening (26) in Samanthurai area, Army troops recovered ISIS flags, literature and some other objects from a place, said to be the terrorist organization’s place for oath-taking.

Those dead gunmen are yet to be identified and clearing operations are continuing.

A curfew was imposed within Kalmunai, Chavalakade and Samanthurai police areas last night until further notice.