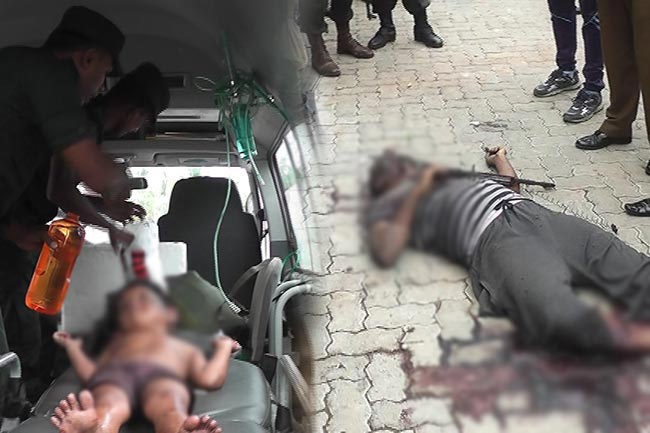 The father and two brothers of the suspected ringleader of Sri Lanka’s Easter Sunday bombings were killed when security forces stormed their safe house two days ago, police sources and a relative of the suicide bombers told Reuters on Sunday.

Niyaz Sharif, the brother-in-law of Zahran Hashim, the suspected ringleader of the wave of Easter Sunday bombings that killed over 250 people in churches and hotels across the island nation, told Reuters a video published before the gunfire exchange showed Zahran Hashim’s two brothers and father.

Sri Lanka’s military said the gunfight Friday night near the town of Sainthamarudu left 15 dead, including six children, when militants opened fire and set off explosives in suicide bombings as security forces closed in on their safe house.

In a statement carried by the extremists’ Amaq news agency, the Islamic State group claimed three of the militants who blew themselves up during the incident.

Meanwhile, the female named Abdul Cader Fathima Sadia and the 4-year-old girl, Mohomed Zahran Rusaina rescued at the scene have been identified as  Zahran Hashim’s wife and child.