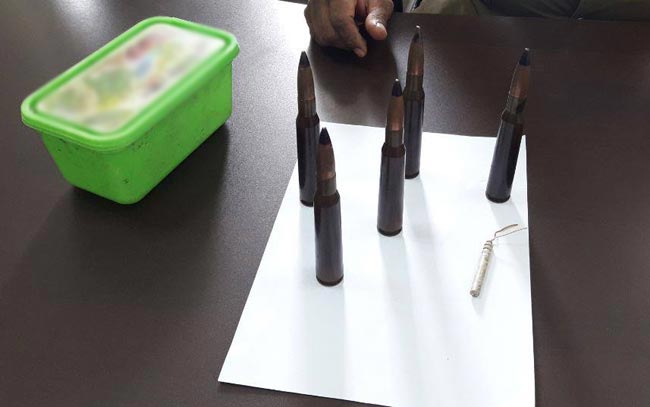 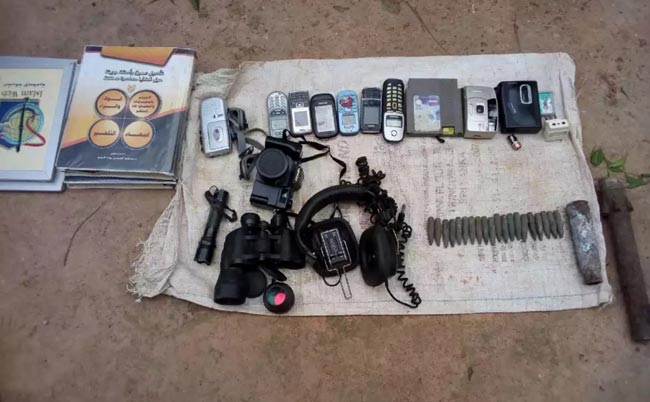 Five 5mm anti-aircraft ammunition and a detonator have been discovered in Matugama-Welipenna, Welipenna Police.

The stock of explosives has been found upon the inspection of a parcel found in a garbage dump at the Muslim Road in Matugama-Welipenna.

The parcel has been discovered based on a tip-off received by the Western Province intelligence officer attached to Welipenna Police.

Welipenna Police are conducting further investigations on the matter.

Meanwhile, several mobile phones, a camera, and a stock of live ammunition have been found among other items inside an abandoned house in Kilinochchi.

The house had been searched early this morning (29), upon a tip-off received by the Kilinochchi Police.

According to the residents of the area, the house had been occupied by a businessman who sells iron products.

Investigations have commenced in the search of this individual and Kilinochchi Police are conducting further investigations on the matter.