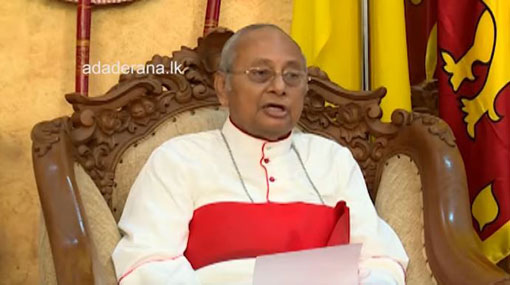 “Take proper legal action in this regard and do not let us take the law into our hands,” the Cardinal said, addressing a press conference held at the Catholic Archbishop’s House today (29).

He called on the political leadership of the country, regardless of their party politics, to reach a common policy concerning national security, he further remarked.

“We are not aware of the measures taken by the presidential commission appointed to probe the terror attacks, nor do we know if the commission even assembled,” the Cardinal complained.

Cardinal Ranjith expressed his displeasure over how security matters are being handled presently.