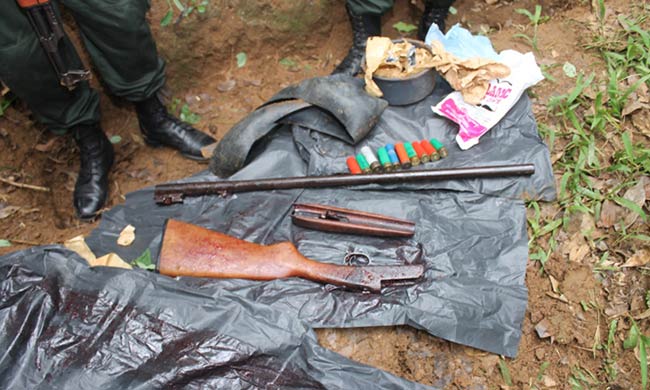 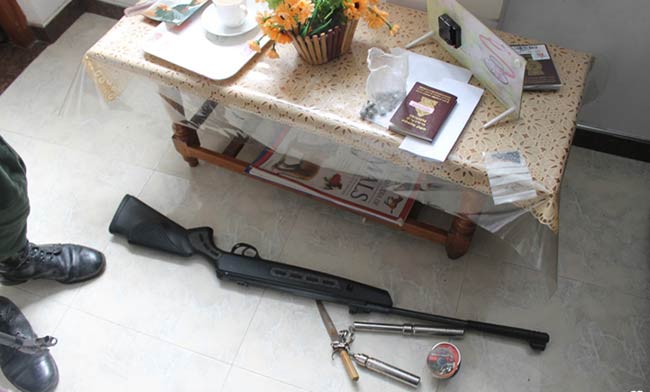 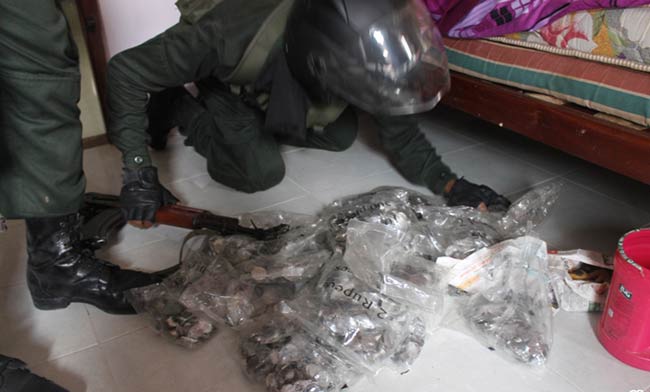 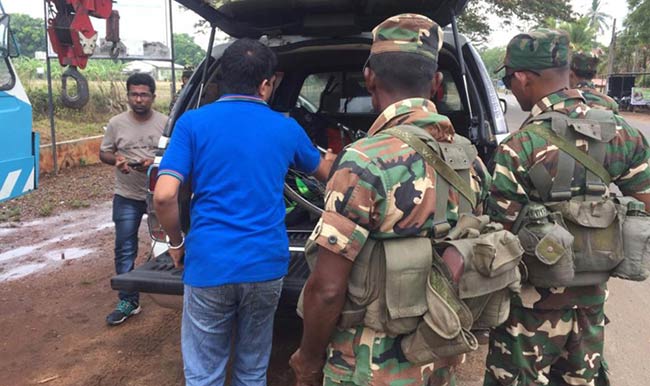 Extensive cordon and search operations of Sri Lanka’s security services across the country with assistance of the Police are continuing in search of terrorists, hideouts, explosives, weapons and other warlike items with deployment of more and more troops as required.

In Pulmodai, Army troops of the Security Force Headquarters - Wanni (SFHQ-W), together with sailors, STF and Policemen on Thursday morning (2) cordoned a suspicious area in a surprise operation and recovered 89 detonators, 32 pieces of det chords (each 16 inch), 8 Water Gel Tubes, 2 pieces of detonator chargers and a few other warlike items after arresting one suspect. 20 Gajaba Regiment troops of the 622 Brigade under the 62 Division conducted the raid on the location with the support of naval, STF and Police personnel.

Meanwhile, 143 Brigade troops of the 14 Division under the Security Force Headquarters - West in the past 48 hours during their cordon and search operations arrested more than 17 suspects from Kurunegala, Wariyapola, Chilaw, Wanatavilluwa, Puttalam, Madurankuliya, Iranavila, Eluwankulam and Galgamuwa areas.

Those troops recovered 4 vehicle number plates from Madurankuliya and arrested 2 suspects for being unable to furnish the reason for possession of those number plates. They had been kept hidden inside his shop when the troops together with Policemen swooped on the premises. Similarly, troops arrested one Arabic teacher and four others who were in possession of machetes, 2 swords, several mobile phones, photos taken in Police uniforms, ISIS video clips and literature, etc. All suspects were handed over to the Police for further investigations.

Just a few hours later, 8 Gemunu Watch troops, following intelligence, entered a Jumma Mosque in Moneragala town area and took into custody a stock of ISIS literature and a single cab painted in camouflage colours. 3 suspects in this connection were arrested and handed over to the Moneragala troops by the Police.

9 Sri Lanka Sinha Regiment, 23 Gajaba Regiment, 18 Gemunu Watch and 3 Sri Lanka National Guard troops of the 121 and 122 Brigades of the 12 Division are currently engaged in these operations on the directions of the General Officer Commanding, 12 Division of the Security Force Headquarters - Central (SFHQ-Cen).

In the meantime, 11 Division troops in Kandy under the SFHQ-Cen in the past couple of days have been conducting cordon and search operations in the general areas of Kandy, Nawalapitiya, Gampola, Peradeniya, Akurana, Katugastota, Madawala and other areas on the directions of the General Officer Commanding, 11 Division of the SFHQ-Cen.

Meanwhile, troops of the Security Force Headquarters - West (SFHQ-West) during Thursday (2) launched 8 cordon and search operations in Ragama, Aluthgama, Weligama, Moratuwa, Kelaniya and suburbs in the past 24 hours.

Major General Sathyapriya Liyanage, Commander, Security Forces - West visited the Ragama Basilica Church in order to ensure security to the premises. On his instructions, troops with sniffing dogs inspected the entire premises and cleared the area after deploying more troops.

In the meantime, troops of 58 Division conducted cordon and search operations in the general areas of Darga Town, Aluthgama, Weligama and Red Cross housing scheme in Moratuwa last morning (2) and arrested eight suspects with a stock of sim cards, forged National Identity Cards, swords, along with eight suspects. Suspects were handed over to the Police.