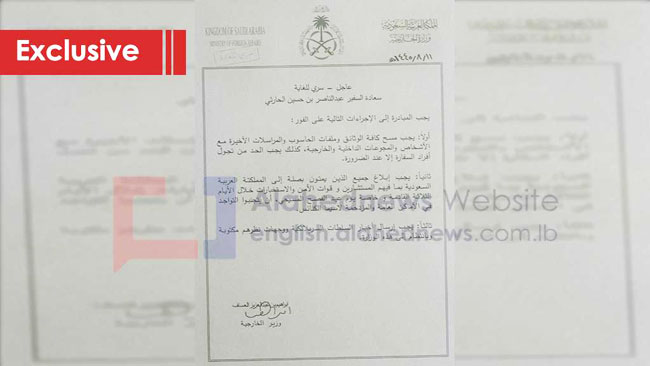 A leaked ‘urgent, confidential and top secret’ document obtained by Lebanese website Al-Ahed News claims that Saudi Arabia had alerted its Ambassador to Sri Lanka regarding a possible security threat some five days before the Easter Sunday attacks.

The document reads the following:

You should carry out the following measures immediately:

First: You should delete all documents, computer data and latest correspondence with domestic and foreign members and groups, in addition to imposing a curfew for the embassy personnel unless it is necessary

Second:  You should inform all those related to the Kingdom of Saudi Arabia including counselors, security forces and intelligence during the three coming days, especially on the Christian Easter Day, to avoid presence in public and crowded places namely churches

Third: You should send written news about the Sri Lankan authorities and their viewpoints regularly to this ministry