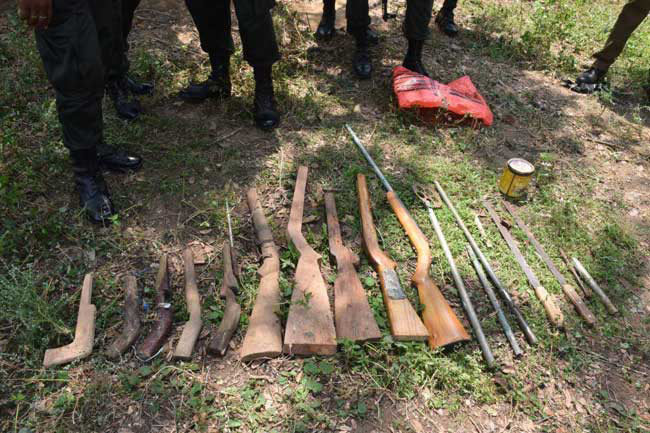 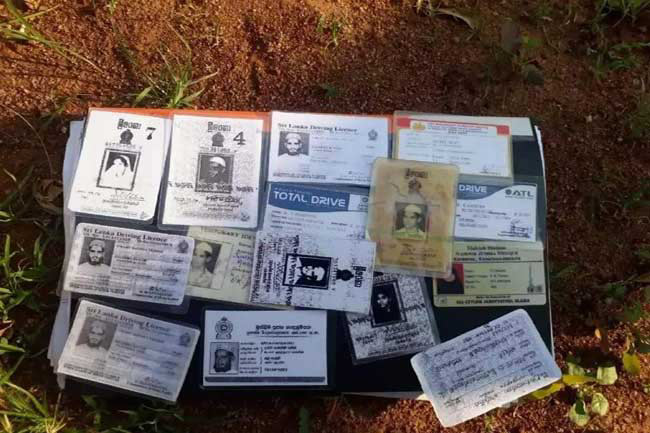 A suspect has been arrested at the Mutkomban area in Pooneryn, Kilinochchi, yesterday (07) along with various locally manufactured weapons and explosives.

Police stated that the items including parts of various locally produced firearms, ammunition for firearms, and 02 swords have been found inside a house in the area during a raid of the Sri Lanka Army and police officers.
The suspect will be produced before the Kilinochchi Magistrate’s Court.

Meanwhile, a search at an abandoned house in the Salambakulam area in Vavuniya had led to the discovery of 15 Identification Cards under various names. Poovarasankulam Police are carrying out investigations to locate the owner of the house.

Six live bullets used for pistols, and two anti-aircraft ammunition have been found near Dambulu Oya in Uluketawewa, Dambulla.

Galkiriyagama police stated that the pistol bullets are brand new while the two anti-aircraft shells had been prepared for explosion.

On a raid carried out by officials of Special Task Force (STF) Sri Jayawardenepura camp, a person has been arrested with 15 cassette tapes containing extremist lectures.

The STF has also found a leaflet containing pictures of the Kochchikade Church and a mobile phone on the suspect.

The arrestee has been handed over to the Welikada Police for further interrogations.

A T-56 firearm and a cartridge have been found discarded near a culvert in Wariyapola, Matale. Matale Police have found these items on a tip-off received by them.

Furthermore, clothes and fabric similar to military uniforms have been surrendered in the Matale Police Division. The stock of clothes worth over Rs 3 million has been surrendered to the Police Headquarters.

Matale Police are conducting further investigations on the matter.