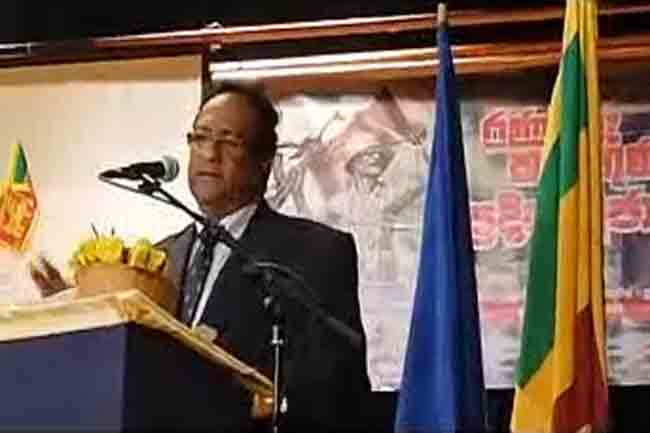 Rear Admiral (Retd.) Sarath Weerasekera says that only one law should exist for all races within the country and that there can be no separate universities and laws only for Muslims.

He made these comments while delivering a speech at an event organized by the Patriotic National Movement in Paris on Thursday (9).