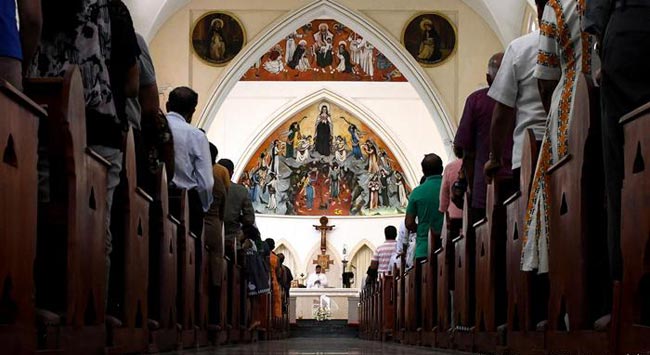 Cardinal Malcolm Ranjith held mass in Colombo’s St. Theresa’s Church Sunday after resorting in recent weeks to televised broadcasts from his residence to reach out to his shocked parishioners.

On Saturday, Cardinal Ranjith had celebrated a special Mass in Colombo’s St. Lucia Cathedral, attended by survivors and relatives of victims.

Outside Colombo, churches resumed services last week, but were guarded by local police.

Church officials said next Tuesday could see the reopening of church-run schools if they were satisfied with security measures.

State-run schools — put at more than 10,000 across Sri Lanka — resumed class last week, also under police guard and with parking restrictions, but pupil attendances have reportedly been low.