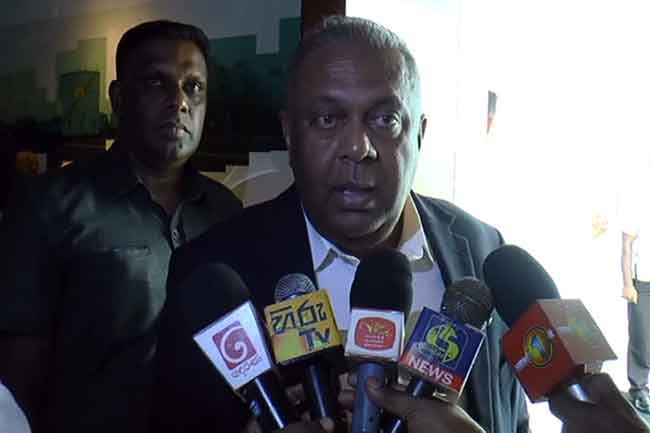 Finance Minister Mangala Samaraweera says that the biggest threat to the country is not from global terrorism, but from a certain political group.

Speaking to the media following an event held in Colombo today (14) he said that every country in the world has faced global terrorism by now.

There were shortcomings as a government, yet, now we are ready to provide the necessary security to the whole country, said the Minister.

He said that those who attempt to take advantage of the situation have resorted to recreating a Black July.

Just because the majority in the country is Sinhala Buddhist, the rest do not become secondary citizens, said Samaraweera.

The Christians, the Muslims, and the Hindus are also Sri Lankans and all of them are first-class and equal citizens, he added.