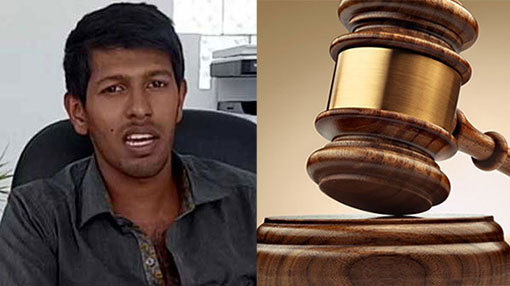 Leader of the ‘Mahasohon Balakaya’ Amith Weerasinghe, who was arrested in yesterday, has been remanded until May 28 by the Colombo Additional Magistrate.

He was arrested by police yesterday in Teldeniya, Kandy for allegedly espousing racial and religious hatred among communities in the country through social media.

Police informed the court that the suspect had expressed opinions and views on social media that hinder religious and racial coexistence in the country.

Police requested from the court that he be placed in remand custody as further investigations are ongoing.

The attorney representing the defendant requested the court to release his client on bail, however the request was rejected by the Magistrate who ordered to further remand him until May 28.