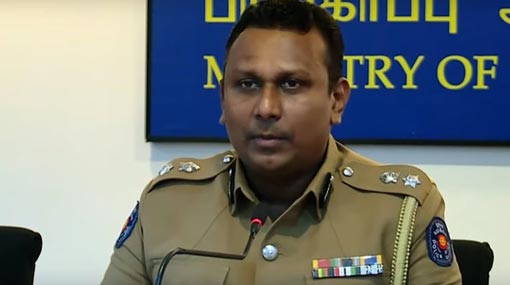 Police Spokesperson SP Ruwan Gunasekara says that 78 suspects in the North Western Province were arrested and remanded for inciting violence in the area.
He stated this addressing the media today (15).

The suspects were arrested from several police divisions in the province including Kurunegala, Kuliyapitiya, Nikaweratiya and Chilaw, he added.

The Police Spokesperson further said that investigations are being carried out further to apprehend more suspects in connection with the recent unrest in the area.

The police are inspecting the video clips containing the tense situation in the North Western Province, he added.

Meanwhile, police curfew was re-enforced in Gampaha police division and North Western Province with effect from 7.00 p.m. today and it is set to be lifted at 4.00 a.m. tomorrow (16).