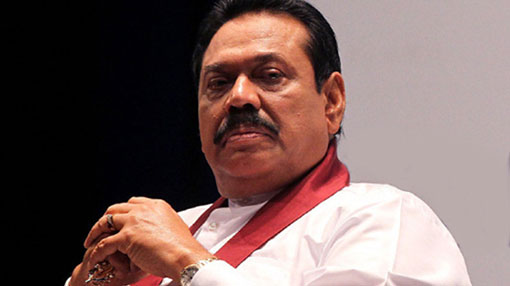 Rajapaksa not satisfied with govts decisions and actions so far

Leader of the Opposition Mahinda Rajapaksa says he is not at all satisfied with most of the decisions and actions taken so far by the Government following the Easter Sunday terrorist attacks.

According to a statement issued by his Media Secretary, taking decisions relating to the present situation prevailing in the country is the responsibility of the President, the Prime Minister and the Cabinet of Ministers.

“The Leader of the Opposition can only perform the task of the opposition in Parliament.” He can move resolutions and express his views in Parliament on matters of national importance and also if necessary apprise the general public outside Parliament, the release said.

Accordingly, Rajapaksa has already taken action to address the people on the prevailing situation through press releases and statements, his media secretary Rohan Welivita said.

“Mahinda Rajapaksa, the Leader of the Opposition is not at all satisfied with most of the decisions and actions taken so far by the Government following the Easter Sunday terrorist attacks.”

“However, he is always prepared to support any meaningful decisions taken by the government in this connection,” the statement added.