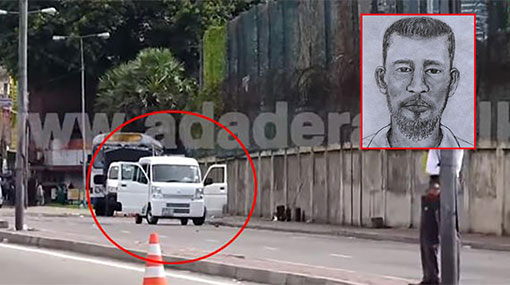 The police have arrested a wanted suspect who had allegedly assisted the suicide bomber at the Kingsbury Hotel in Colombo to purchase a white-coloured van, used by the bomber at St. Anthony’s Church in Kochchikade to arrive at the location.

The Criminal Investigation Department had carried out extensive investigations into this van in question and managed to find out links between Mohamed Assam Mohamed Mubarak, the bomber at the Kingsbury Hotel, and another person to who had aided Mubarak to purchase the vehicle and to renew its passenger seats.

On May 13th, police released four sketches of the visage of the suspect, which were drawn based on the information gathered from four witnesses.

All four witnesses have agreed that the suspect is a tanned-skinned bearded person who is of 35-40 years of age and approximately 5’6” in height.

The arrested named Mohamed Adam Lebbe is a resident of New Kattankudy area.

He is being questioned over the series of attacks on Easter Sunday, the Police Media Spokesperson said speaking at the press conference held in Colombo this evening (15).

The van in question (WP-PJ-4080), registered under the suicide bomber at the Kingsbury Hotel, was set up with explosives for another blast and was parked near the church intentionally.

However, on April 22nd, the Police Special Task Force safely diffused the explosives found inside the van.